For Native American Heritage Month each year, the Indigenous Students at Syracuse plan events such as film screenings, panels and guest speakers to celebrate their culture. This year, the group is hosting a fashion show to highlight native cultures through clothing and art, said A’ngelee Clause, the creative director for the organization.

The Indigenous Runway Fashion Show will take place at Skybarn on Nov. 14 at 7 p.m. The idea to put on a fashion show came from Clause, who’s from the Tuscarora Turtle Clan of Western New York. Clause is involved with other fashion shows and wanted to see how her own culture could be interpreted into a fashion show, she said. All the clothing worn by the models will be provided by the organization.

Clause said it’s important for ISAS to bring attention to important pieces of indigenous culture. With it being Native American Heritage History Month, she said it’s the perfect time to educate the Syracuse community about the culture that surrounds them. 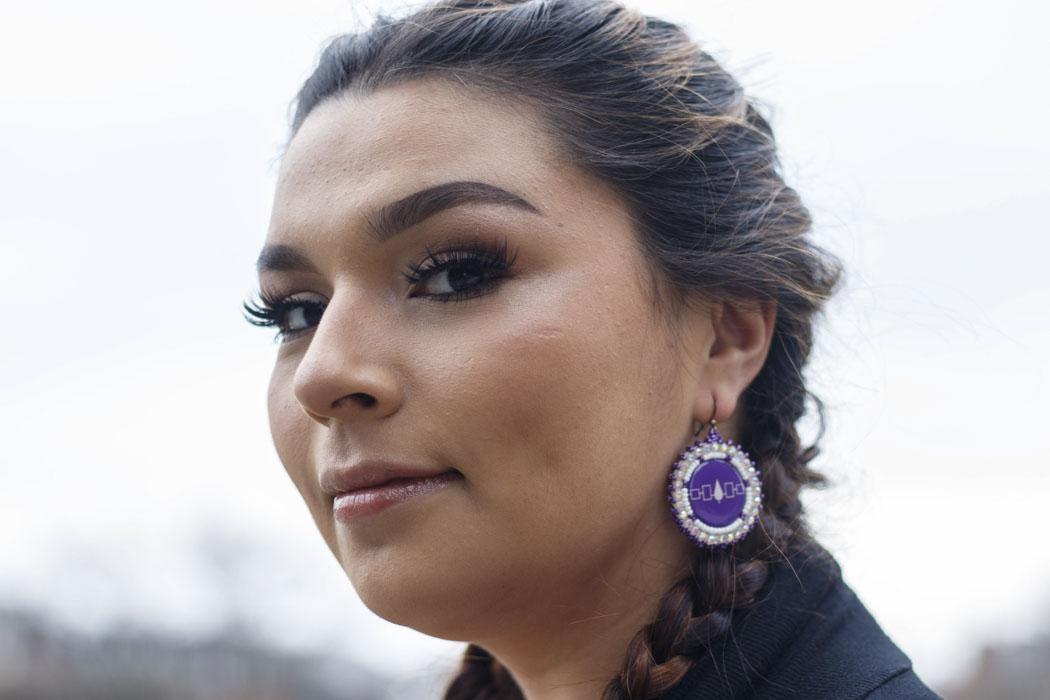 A’ngelee Clause is is the creative director for the Indigenous Students at Syracuse, the organization that’s putting on the fashion show. Corey Henry | Photo Editor

“I think it’s really important for the native communities to really be showcased and broadcasted, especially in this time of year,” Clause said.

Clause said that a lot of the organization’s events are primarily attended by club members. While the group has a tight network, its audience becomes limited, Clause said. She said it’s important for SU students to understand native culture at and around SU.

The Indigenous Runway Fashion Show will feature traditional regalia, as well as more contemporary clothing from native designers. The contrast between the two different styles of clothing represents how indigenous individuals hold onto their tradition and culture but also live modern lives, said Maris Jacobs, co-president of ISAS.

The students running the fashion show said they hope that the event will be educational for people that do not know much about indigenous cultures. Jacob said she hopes that non-indigenous students can learn about who indigenous people really are and that the show will clear up misconceptions people may have about them. 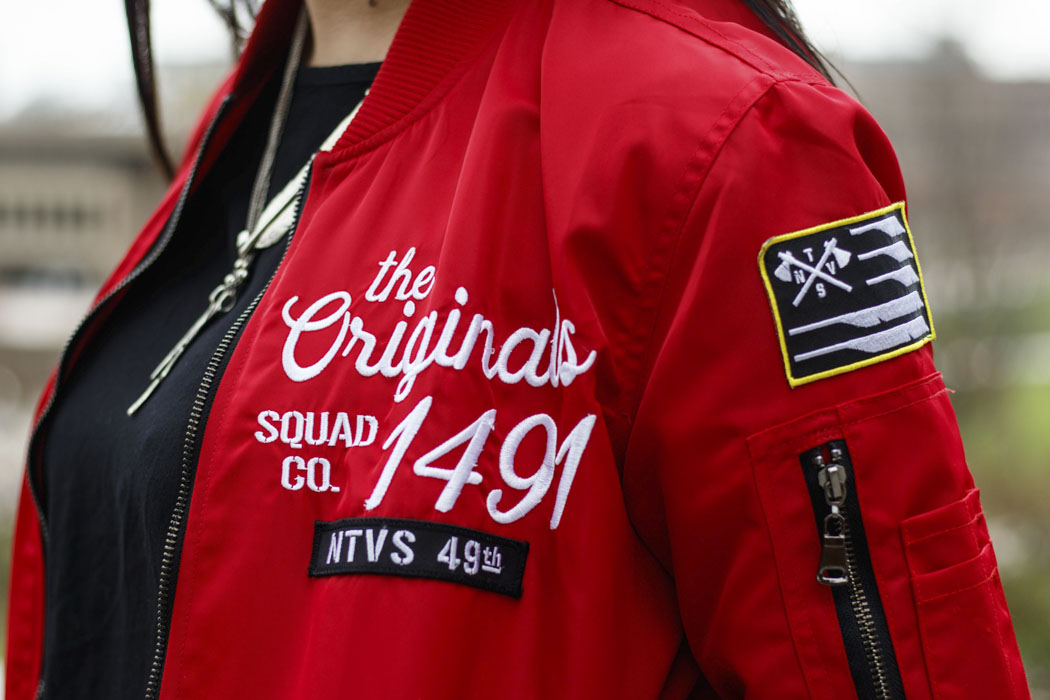 Indigenous Students at Syracuse is hosting a fashion show that will feature both traditional and modern Indigenous clothing. Corey Henry | Photo Editor

“A lot of people have really negative stereotypes that go along with what being a native person means, and it’s difficult to have those conversations with people that might have misconceptions of who we are,” Jacobs said.

Logan Booth, a student from the Seneca Nation, said she wants to share her pride of being a native student with the Syracuse community through the fashion show. She hopes people’s main takeaway is indigenous students are still part of the SU community and proud of where they come from.

“We’re still proud of our culture. We still have our culture intact even though, in the past, there’s been a lot of things that have brought our people a lot of trauma and a lot of doubts about our identity,” said Booth. 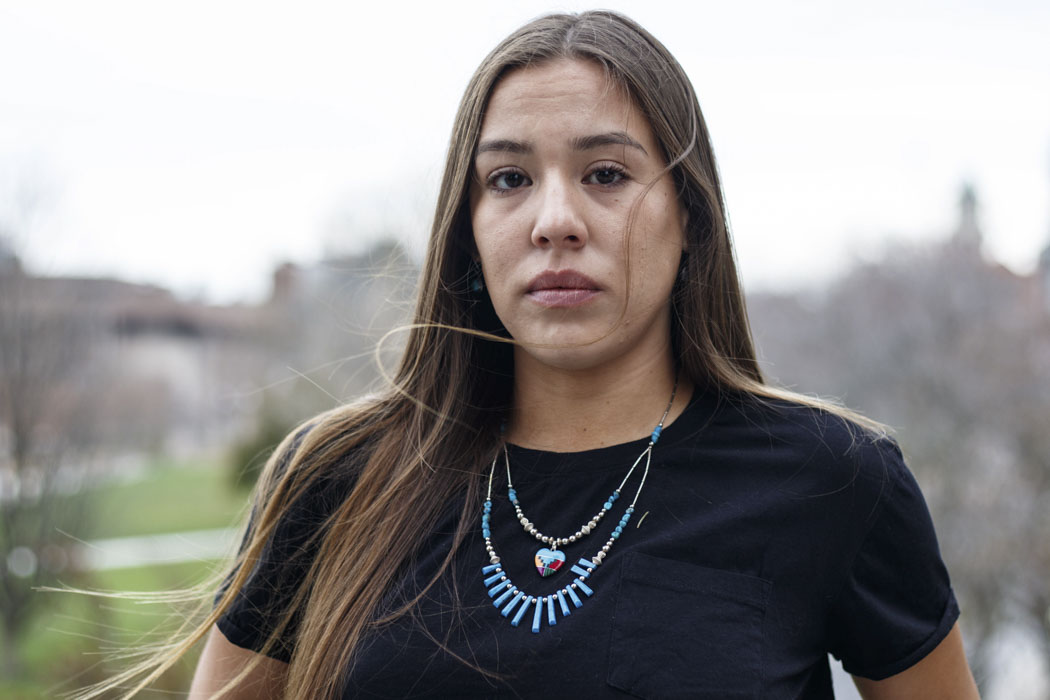 Jacobs said that indigenous students are a minority group on campus, and it’s important to make them seen and respected. As a group, indigenous people aren’t well represented on campus, as well as in the curriculum and within the faculty, Jacobs said.

Kateleen Ellis, who is from the Akwesasne Mohawk Nation, and will walk on the runway, tends to spend most of her time with other indigenous students on campus. Ellis said she finds comfort in being around fellow indigenous students.

“I’m just most excited to be in a room surrounded by people who are interested in learning about the indigenous culture,” said Ellis.

Clause has been helping plan the Indigenous Runway for months and said she is excited to finally see her vision come to life. She added that she hopes to see her non-indigenous friends in the crowd and hopes that guests of the show leave the event inspired and more aware of indigenous cultures.

This year is the first time since 2006 that the ISAS have put on a fashion show for Native American Heritage History Month, and the group hopes that it is successful enough to become a yearly event, Booth said.

“I think it’s really important for those coming into Syracuse and those who go here to understand the culture that surrounds them here; it’s more than orange,” Clause said. “The Haudenosaunee people are here, too.”